Established in Wanganui by James Williams in 1903. James was a watchmaker who set up his first business in Waipawa and moved to Wanganui from the Hawkes Bay. His first Wanganui shop was opposite the former Catholic Church in the centre of Victoria Avenue. In 1905 he moved to the old Hannah’s building opposite his soon to be erected new premises. This opened in 1912 and J. Williams and Co Jewellery have been there ever since. Today they still operate with many of the original cabinets, fittings and chandeliers giving a unique atmosphere.

James died in 1948, his son Joe took over the business. In the early 1960’s Miss Wanda Williams, daughter of Joe, returned from London due to her father’s ill health and eventually took over until she sold the business in 1991 to the current owner local manufacturing jeweller Philip Sell. Philip moved his manufacturing business that was in the AA building, upstairs at J. Williams’s premises, giving the shop the best of both worlds.

With Philip’s experience and Sam and Catherine’s fresh, young and vibrant approach, they combine to create beautiful jewellery. The team is completed by Allan our engraver and computer designer and Andrea who is our part time office and customer service assistant.

Fresh flowers in the shop is a tradition that has been maintained for over 100 years. The stained glass window was a feature of the original building design by Thomas Battle in 1912. 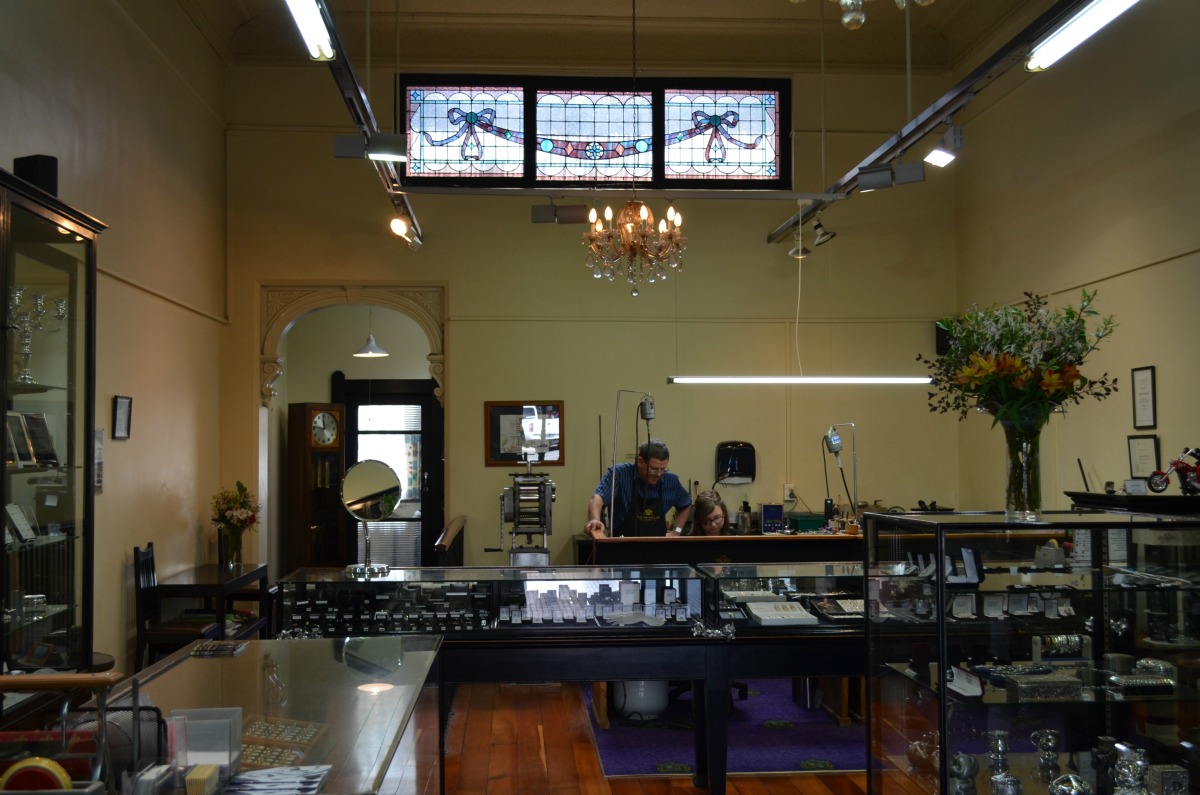